½ cups of bread cut into small cubes (like tiny croutons)

Preheat your oven to 375°. In a bowl combine the red pepper, the red onion and the garlic. Top with 2 tablespoons of olive oil and mix well. Put the mixture on a baking sheet and put in the oven until tender. About 20 minutes. Remove from the oven and cool.

In a blender put the tomatoes, the cucumber, the sherry vinegar, the olive oil, the salt, pepper, the cumin, and the paprika. Blend well. Then add the bread, the cilantro and the hot sauce. Pulse until you get the desired consistency. Put in the refrigerator and chill for at least an hour.

Now it’s time to make the topping. Keep in mind you can be creative with this.  I even used fresh crab on top as well. Take the ½ cup of small cubed bread for the topping and put on a baking sheet. Spray with some olive oil spray evenly and then sprinkle on the garlic powder. Put on a baking sheet and toast in the oven. Remove and cool. Note this can all be done in advance. Even up to two days ahead of time.

To assemble, put the tiny pieces of cucumber and tomato in a bowl with the chopped cilantro. Season to your liking with salt. Right before you serve, add the croutons.  Top your soup with the mixture. 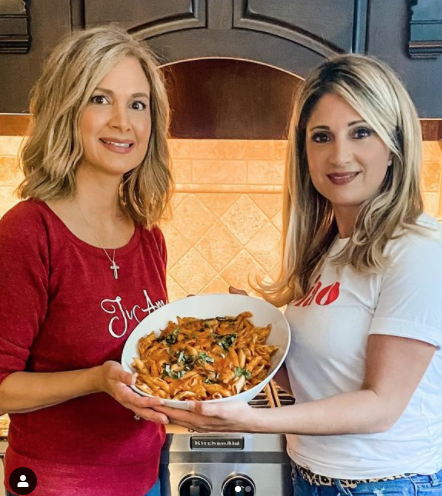